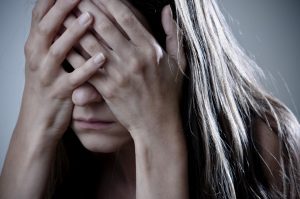 Meniere’s disease is a chronic condition in the inner ear. It is named after the French doctor Prosper Meniere, who in 1861, theorized that attacks of vertigo, tinnitus, and hearing loss originated from an inner ear issue instead of the brain, which was the popular consensus at the time. The name Meniere’s disease was coined for the condition after his idea became widely known and accepted. A completed definition of Meniere’s disease was solidified in 1991, classifying it as a form of endolymphatic hydrops causing a repeated series of symptoms because of an abnormally large amount of fluid in the ears. This collection of fluid in the inner ear is called endolymph.

Approximately 615,000 people have Meniere’s disease with 45,500 cases being re-diagnosed each year, according to the National Institutes of Health. While it is most common among those between 40 and 60 years of age, it can happen to anyone one any age.

The cause of Meniere’s disease is still being researched. Not much is known as to why or what causes it, so we must rely on theories such as those listed below:

The most popular and accepted theory attributes the condition to excess fluid in the ear. According to reports made by Meniere’s sufferers, there are certain events and situations that trigger an attack to happen:

The difficulty with establishing the common symptoms of Meniere’s is that they vary based on when they occur during an episode of Meniere’s. There are even unique symptoms that happen at the end of an attack. An example of this is when the episode begins with hearing loss that switches to vertigo and dizziness.

A precursor to a Meniere’s episode is called an aura which can be used as kind of warning for the individual to move to a safe situation or location as the symptoms progress. Here are a few of the warning signs:

How Long Will an Attack Last?

Meniere’s attacks can last only 20 minutes or as long as 24 hours. They can happen as frequently as multiple times a week or several weeks, months, or even years apart from each other. The disease is an unpredictable one, which makes finding help very challenging.

The unpredictable nature of this disease makes it difficult to treat. Another reason it is challenging is that the symptoms are unseen by those surrounding the person who is experiencing the symptoms. Most people know very little or nothing about this disease, which means that those suffering must educate themselves and their family, their peers, and even their doctors. It is recommended to let co-workers and family members know what to expect if an attack occurs so that they can be prepared and supportive. For example, someone who is responsible for preparing food for the individual should be told that a low-sodium diet helps keep attacks at bay.

Preparing for an attack is a good idea, so having a conversation about this topic with your doctor is an excellent measure to take. They can help answer questions or concerns you may have. Finding a safe and comfortable place where you can rest and keep your head still is one way to prepare. Another way to help yourself is by keeping your eyes open and focused on an item about 18 inches away. It is also important to stay hydrated, especially if vomiting, and it may be best to go to the hospital in severe cases.

Usually, Meniere’s patients just want to sleep once an attack has subsided. A short rest is appropriate, but it is best to get up and moving as soon as possible because it helps the brain regulate balance and reprogram back to normal. Being careful during this stage is important as you assimilate to new balance sensations.

Another possible cause of Meniere’s disease is a misalignment in the upper cervical bones. This occurrence is difficult to detect and is often overlooked in routine checkups. The top two vertebrae of the spine, known as the atlas and axis, protectively surround the brainstem and the spinal cord. This part of the central nervous system is in charge of regulating and controlling many of the automatic functions within the body. The brainstem can malfunction if a misalignment happens in either of these bones, meaning that the signals needed to communicate between the body and the brain are interrupted and inefficient. This can trigger an irregular buildup of fluid in the ears, causing the symptoms Meniere’s disease is known for. An interesting correlation exists between head trauma and Meniere’s, as many patients recall an injury to the head or neck prior to the onset of Meniere’s.

Here at Partnership Park Chiropractic in Jackson, Michigan, we use a method that is precise as we gently adjust the bones of the neck to proper alignment. We use a scientific technique without needing to pop or twist the spine. Many of our patients report improvement in their Meniere’s symptoms after receiving treatment. Call us today to see if your Meniere’s symptoms could be relieved by upper cervical chiropractic care.